The Experience of Castelvecchio Subequo 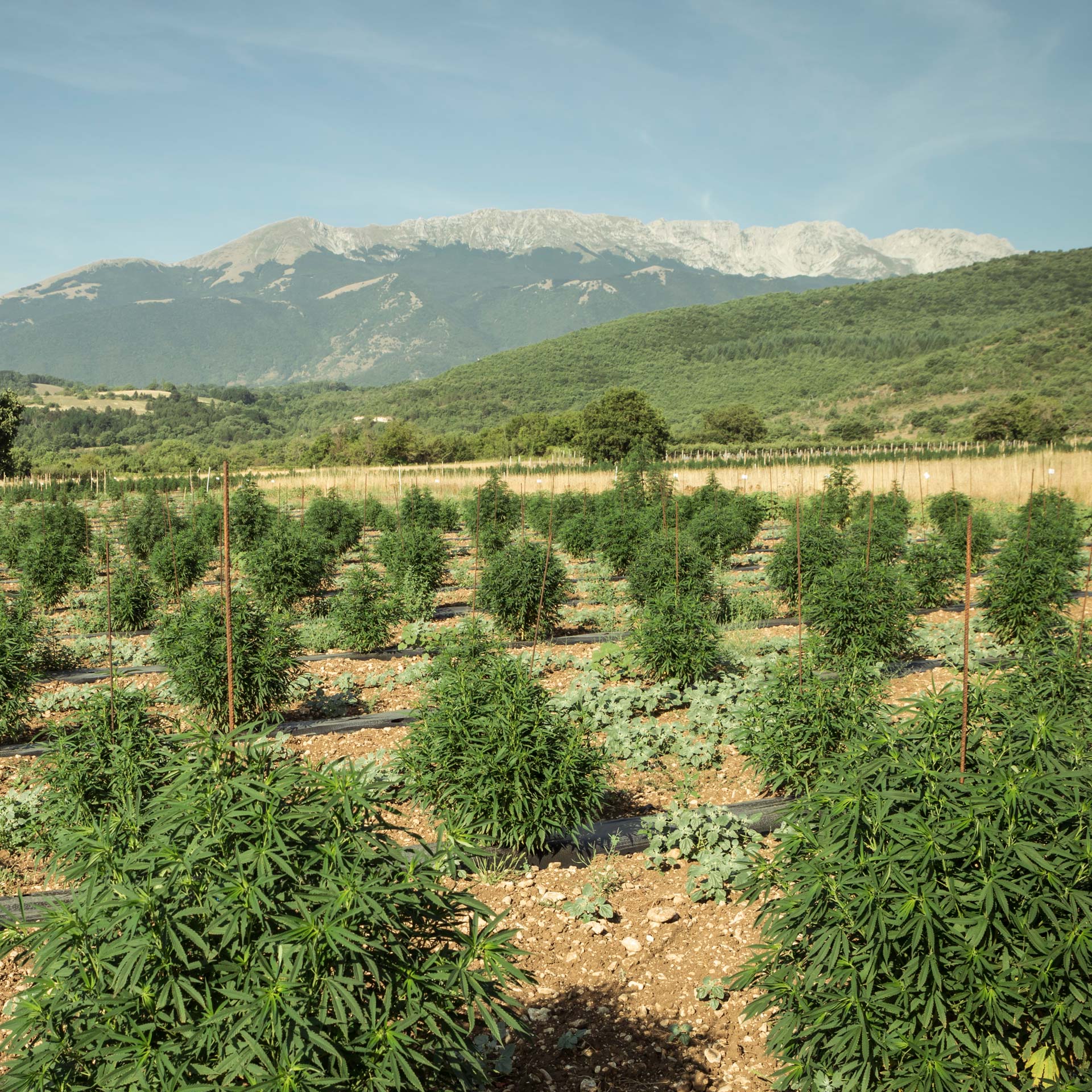 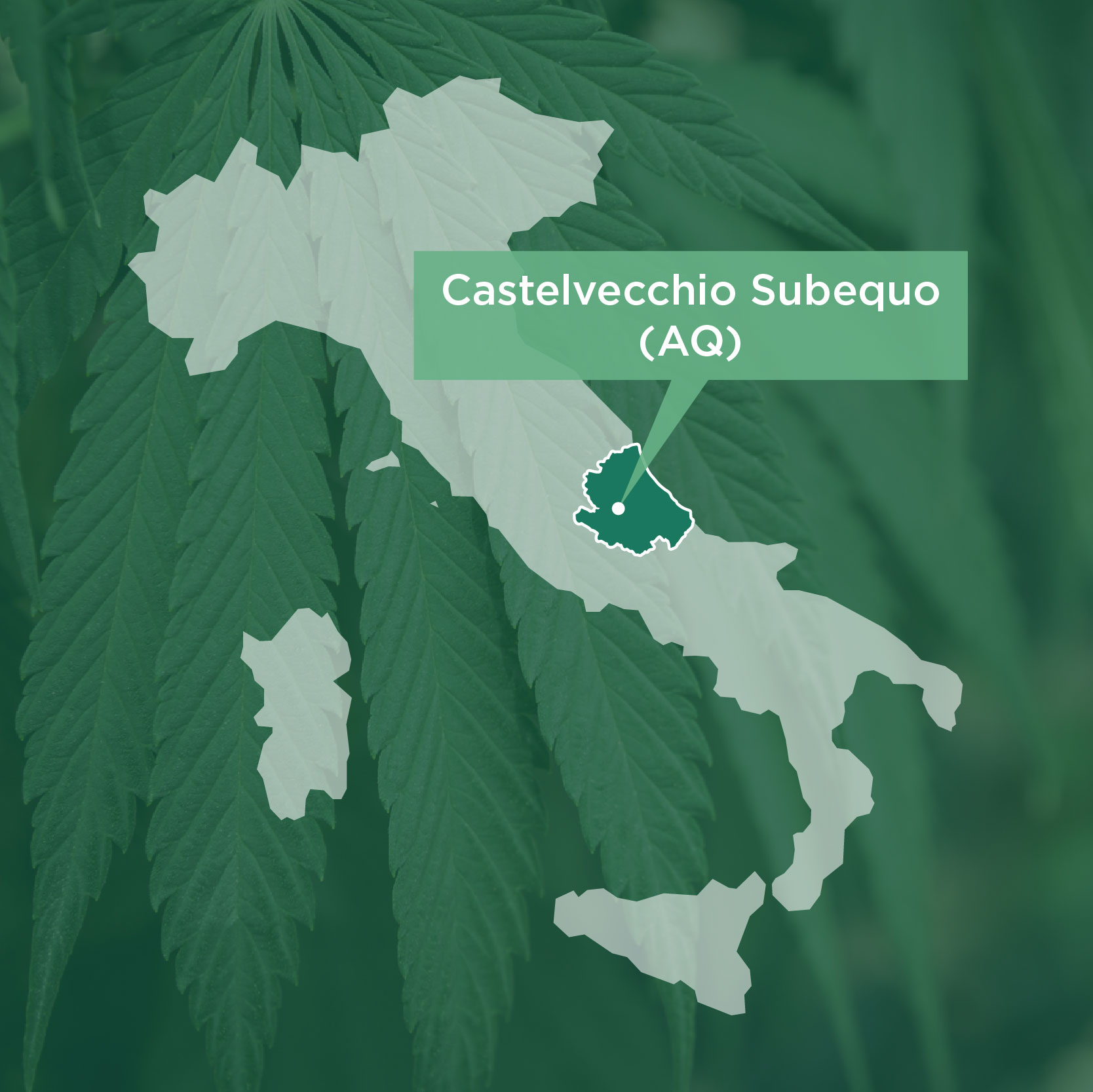 We invest in rural communities

In 2017, following the approval of Law no. 242, Green Valley was established, a partner farm of Enecta with the aim of starting its own cannabis crops for the production of extracts, free of psychoactive substances.

The Abruzzo region has a per capita GDP 15% lower than the national average, 30% of the population is at risk of poverty or social exclusion, and one third of young people are unemployed (Source: EUROSTAT, ISTAT). Moreover, in the last 4 years, Abruzzo has lost 2,366 enterprises (Source ISTAT).

Within a reality, the Abruzzese one, already strongly marginalized compared to the national and European context, Castelvecchio Subequo is characterized as an internal, economically disadvantaged area. The population is largely composed of elderly people, pensioners, commuters. The levels of unemployment, especially among young people, are very high, due to the lack of a productive fabric able to offer job and income opportunities. This socio-economic disadvantage has increased due to the damage caused by the 2009 earthquake.

For three years now, Enecta/Green Valley has therefore represented a valuable business experience in an economically and socially depressed geographical area, and certainly the largest production reality in the Subequana Valley.

Cannabis cultivation has created quality job opportunities and income for particularly disadvantaged social groups. Enecta/Green Valley directly employs 15 workers in Castelvecchio, 10 of them with agricultural contracts, and 5 with industry contracts (full-time, three of them permanent). One third of the workers are women, and among these, 2 have a full-time permanent contract, and one sits on the board of directors. At least 10 workers were long-term unemployed before being employed by Enecta/Green Valley, and one worker is an asylum-seeker, supported in this claim, legally by the company.

In Enecta every worker is insured with INAIL, and has completed a certified workplace safety course and one on the use of GACP practices. Enecta/Green Valley also provides a safety kit to each of its workers. Crops are grown on leased land of widespread ownership, which has remained uncultivated or underused for decades due to lack of economic and productive opportunities. Some owners are also employed by Enecta/Green Valley for cultivation. It is estimated that profits from this land, derived from Enecta/Green Valley's business, will increase by no less than 10000%. The presence of Enecta/Green Valley has also had a positive impact on other economic activities, in particular the tourist accommodation sector, and reduced depopulation. 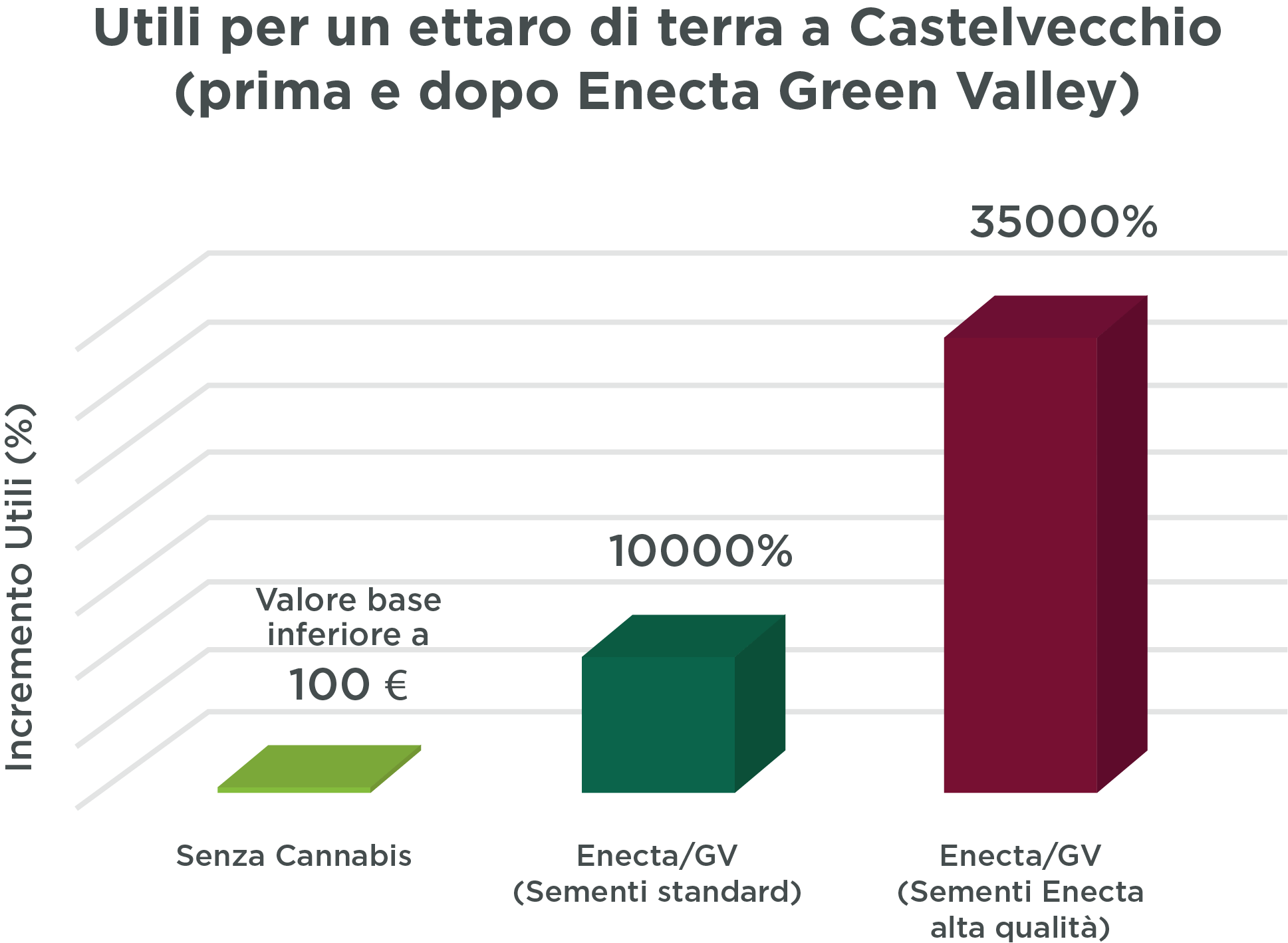 Enecta/Green Valley has developed an international training program for students from developing countries. The aim is to promote educational and vocational training on cannabis and intercultural exchanges. Specifically, the program consists of theory courses, and practical sessions, focused in particular on the use of innovative techniques/technologies in cannabis cultivation and working/processing and aspects related to quality and compliance with standards for the European market. 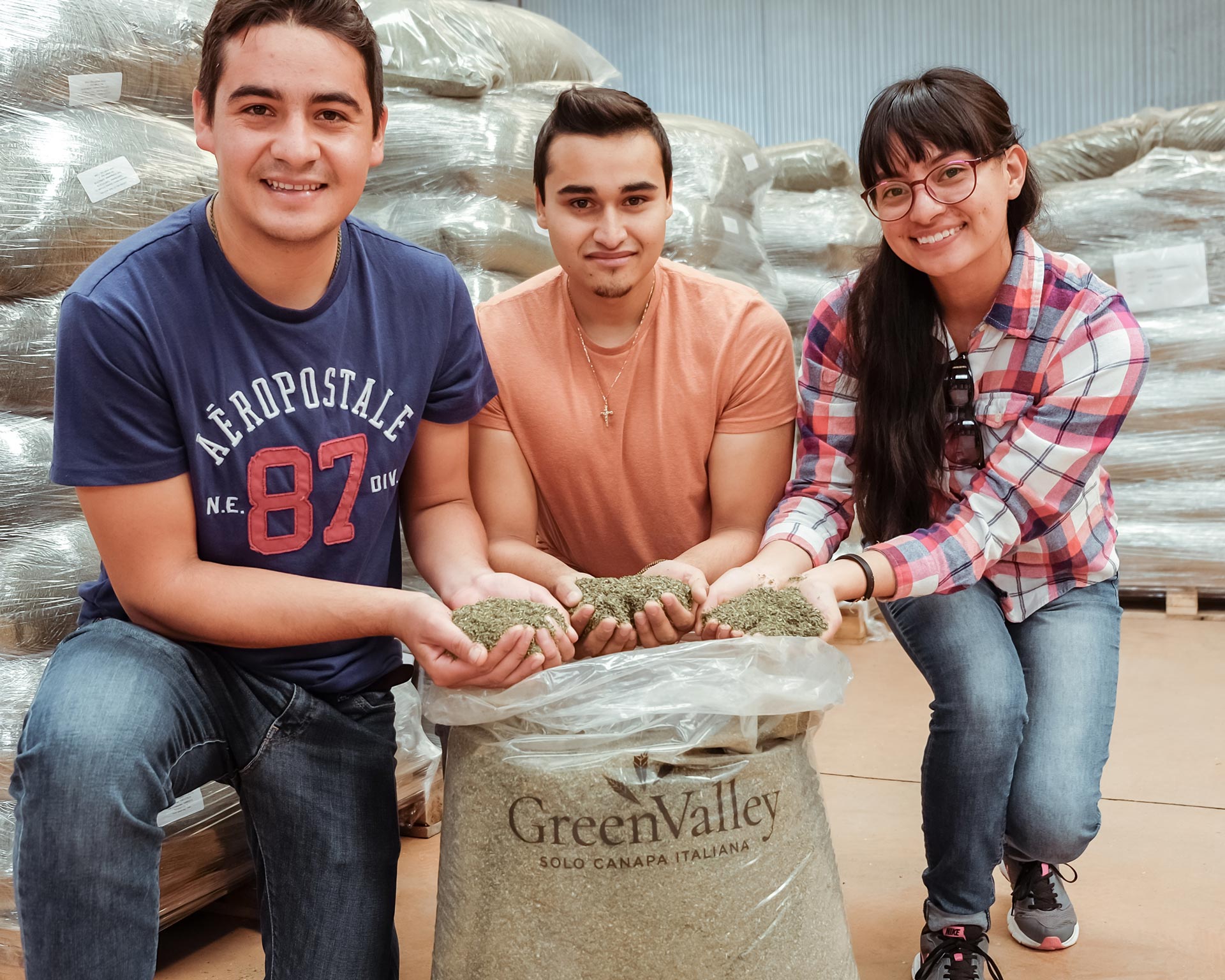 Through this program, Enecta intends to share the know-how acquired over the years with institutes and partners from developing countries in order to highlight the potential contribution of cannabis to their socio-economic growth.

The first training programme took place in 2019 in collaboration with the TEC educational centre, located in the state of Aguascalientes, Mexico, whose economic fabric is largely composed of the agricultural and livestock industry. 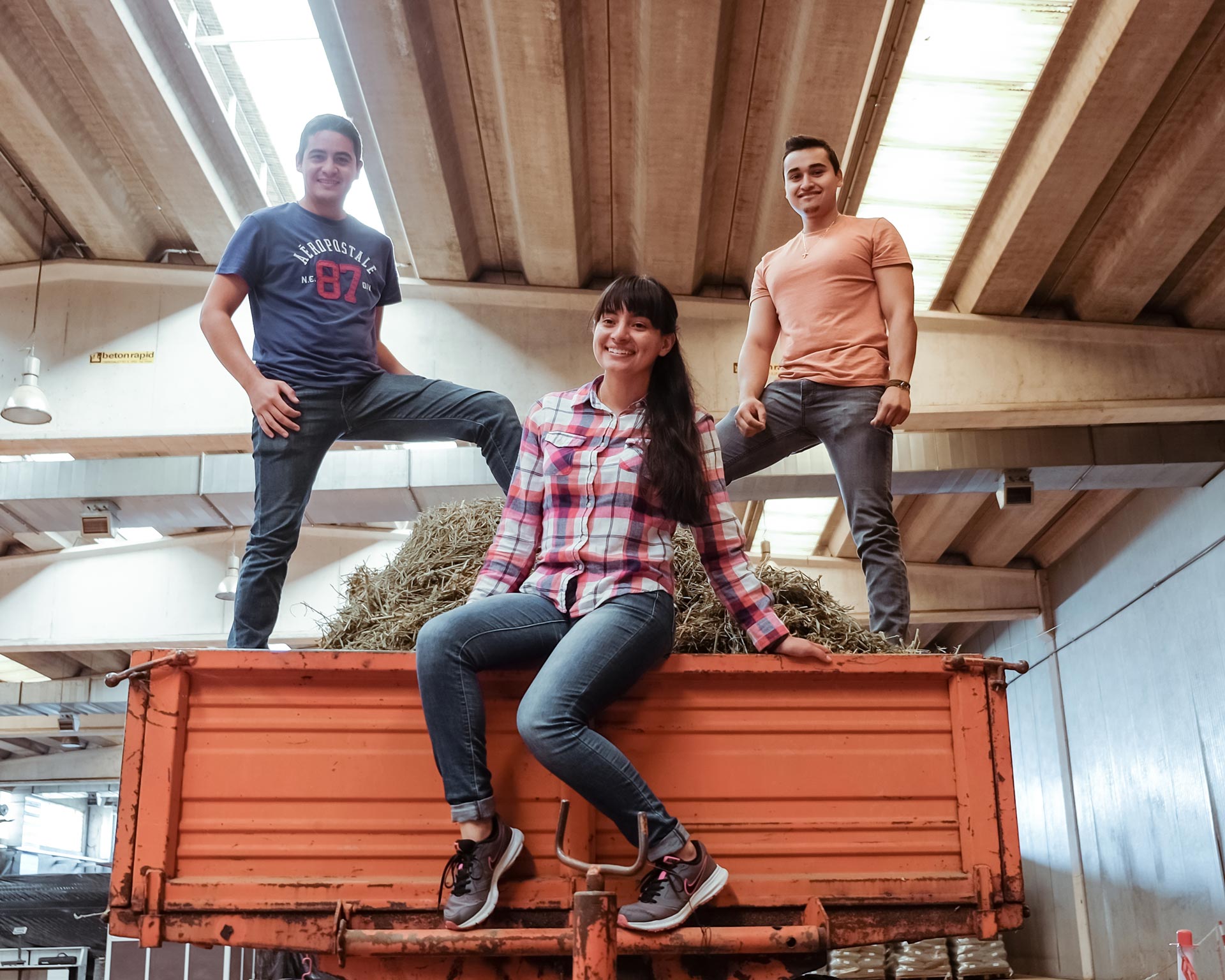 Three students from Aguascalientes arrived in Castelvecchio Subequo to spend 3 months from July 2019 in the training program.

Enecta/Green Valley has provided students with accommodation, food, Italian sim, reimbursement of expenses for business trips (cultivation in other sites, offices, etc.), work material and safety/protection, as well as a grant of 600€ each.

Since 2018, Enecta has developed a first project to integrate asylum seekers into the work. Four young people, two from Mali and two from Nigeria, asylum seekers for humanitarian reasons, and included in the Horizon Service programme in Sulmona and SPRAR, worked during the summer of 2018 until the end of the year in the collection and cleaning team of hemp grown in the Subequana Valley. The four boys developed, during their path, knowledge and skills in cannabis cultivation, as well as flower drying and cleaning, and quality control. This experience, as well as guaranteeing their own independent livelihood, has enabled them to activate a process of integration into the community, for example through learning the Italian language and local culture. At the end of the integration process, one of them continues to work regularly in the Green Valley team where he has developed growing knowledge and skills in Cannabis processing.

If you have projects, ideas, want to share experiences, or give us suggestions on how to improve our impact on patients, communities, and the environment, contact us!